Two confessions from the New Testament

Below are given two confessions concentrating on physical observations concerning Jesus of Nazareth. Both are cited by Paul respectively in 1 Tim 3:16 and 1 Cor 15:3–7.

– how great is the secret of reverence –


"He who was manifested in flesh,

was justified by breath,

was seen by messengers,

was proclaimed among nations,

was believed on in the world,

was taken up in glory." 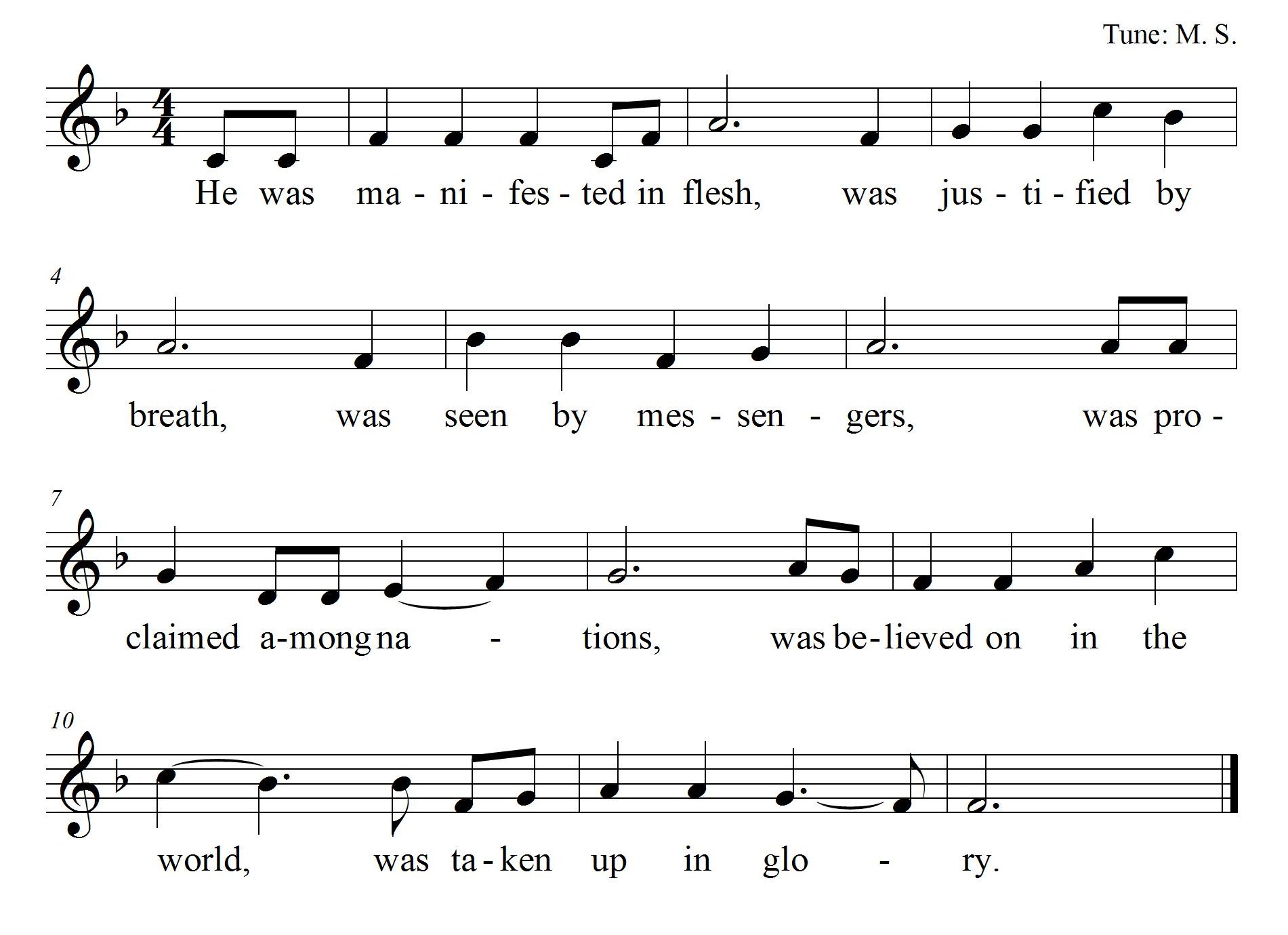 "that Christ died for our sins according to the Scriptures, and

that he was buried, and

that he has been raised on the third day according to the Scriptures, and

that he was seen by Cephas,

then by the twelve,

then he was seen by more than 500 brothers at the same time,

then he was seen by James,

then by all the apostles."

There is no correspondence between the three last lines of 1 Tim 3:16 and the confession cited in 1 Cor 15:3b – 7. However, there is a correspondence between what Paul writes directly after citing the confession in 1 Cor 15:3b – 7 and line 4 and 5 in 1 Tim 3:16. In 1 Cor 15:8 Paul tells that also he himself has seen the resurrected Christ. Then Paul uses the fact that Christ has revealed himself to him, to argue for his participation in proclaiming the gospel of the resurrected Christ as an apostle sent by Christ himself. That means that Paul is one of the messengers in the third line in 1 Tim 3:16, who had seen Christ, and then he also is one of those having contributed to the fourth line:
"was proclaimed among nations".

Paul finishes his argument in 1 Cor 15:11 by saying: "Whether therefore I or those, such we proclaim and such you believed." This means that the Corinthians believed the proclamation by the messengers who had seen the resurrected Christ. They therefore are among them who is referred to in the fifth line of 1 Tim 3:16:
"was believed on in the world".